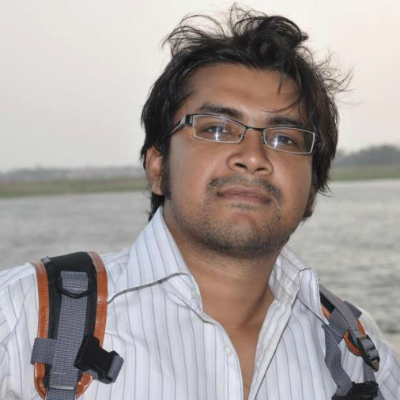 Hasan Mahmud Faisal is an Assistant Professor at the Department of Journalism and Media Studies (JMS) in Jahangirnagar University. He has a master’s (2010) and a Bachelor’s (2009) in Mass Communication and Journalism from the University of Dhaka. Before joining this department, he had worked (2012- early 2016) at the University of Chittagong, as an Assistant Professor in Communication and Journalism department for more than three years. Earlier (in 2012), he started his career as a sub-editor at the Daily Prothom-Alo one of the leading Bengali newspapers in Bangladesh.

He has seven research based articles, published in different peer-reviewed recognized journals. He has been conducting a research project on ‘Eleventh National Parliament Election 2018: A Coverage in Four National Dailies’ under Jahangirnagar University’s self funding budget (2018-2019). He conducted a research project titled “Role of Solar Energy in implementing ‘Digital Bangladesh’ in the Coastal Areas: A study on Kutubdia Island” under Social Science Research Council, Planning Division, Ministry of Planning, Dhaka, Bangladesh in 2016. He conducted a research project on ‘Presentation of Shahbag’s Gonojagoron Moncho on the editorial pages of national dailies’ under Chittagong University annual planning and development budget (2013-2014 FY) jointly with Rezaul Karim, faculty, communication and journalism department, university of Chittagong.